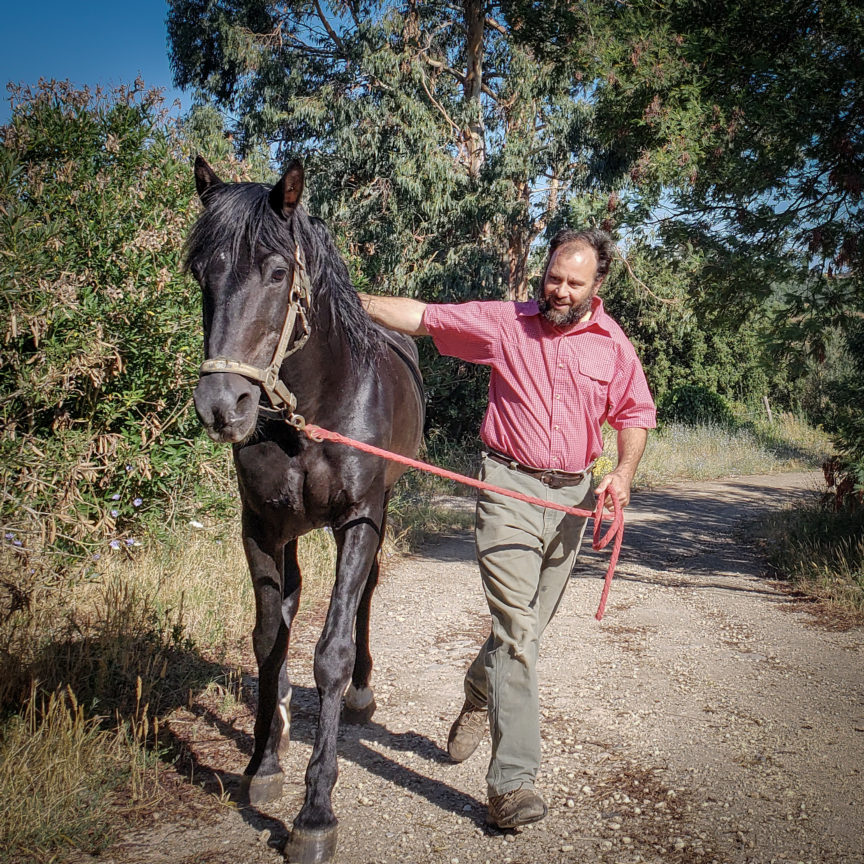 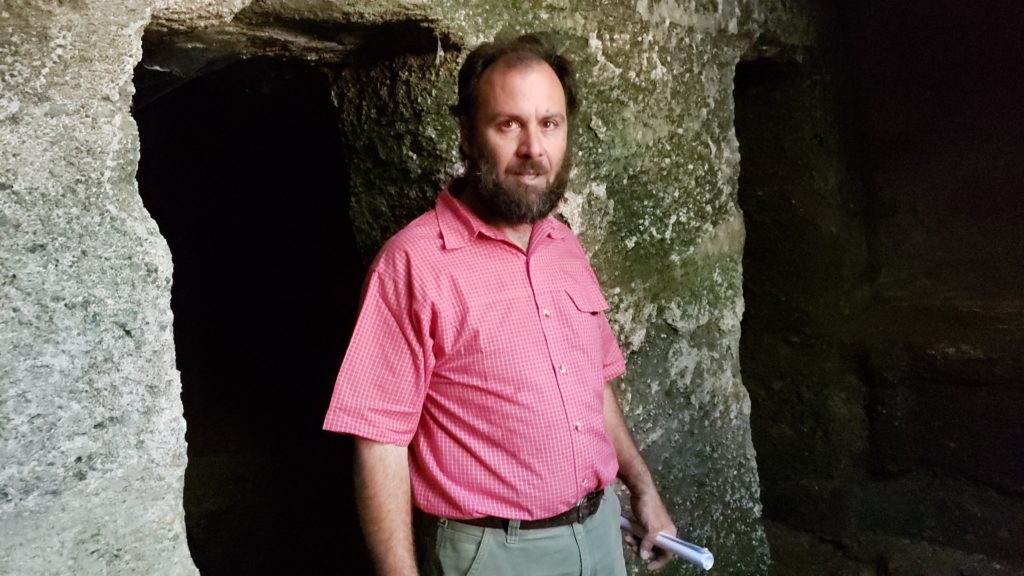 His handshake is somewhere between a father’s approving pat on the back and wrestling a bear. Lorenzo is clearly one of those what you see is what you get guys. His parents bought a property an hour and a half north of Rome, Italy in the 80’s. There plan was to have a bed and breakfast, and really didn’t think much of the 150 acres of land. After the older brother took a whack at farming, it was up to Lorenzo to give it a go. 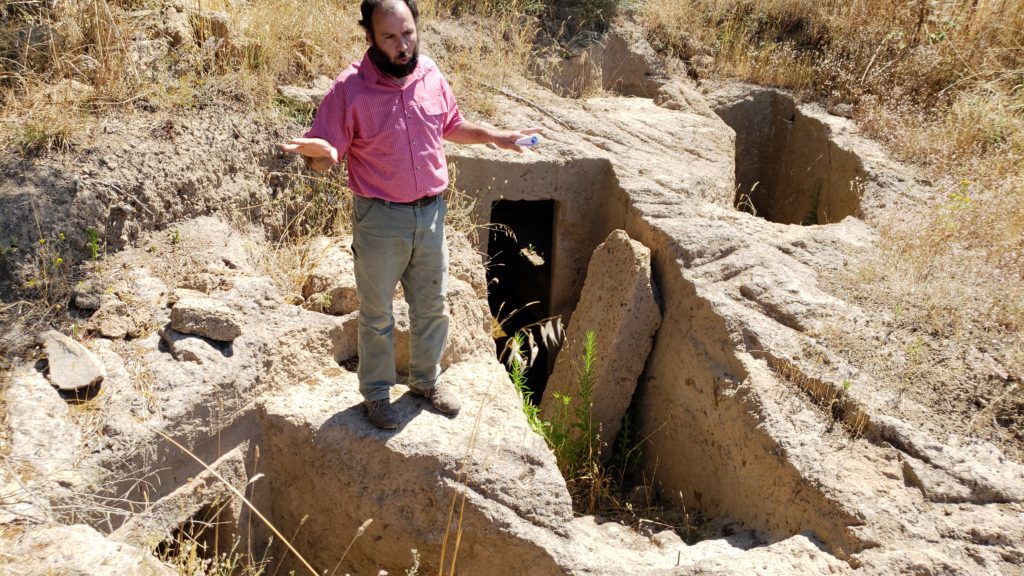 What he didn’t count on was the discovery of a 2700-year-old Etruscan 130 tomb burial site. At this point, you may be wondering the same as me, who were the Etruscans? As Lorenzo explained to me, the Etruscans were the pre-roman civilization that specialized in mining and trade. They’d mine the iron ore of Tuscany and then trade it with the most advanced civilizations of the time like Mesopotamia. In the process of trading, they’d also import innovations back to modern day Italy. They had 12 main cities that acted as a sort of confederacy, aiding each other in times of war and need. The Romans finally won out and much of Roman technology was built upon Etruscan technology.

Lorenzo is giving us a tour of the property and we stop in the middle of a gully with sharply rising walls on either side. Using a diagram of the profile of the gully he explains this is actually a man-made gully by the Etruscan, for what purpose it’s not entirely known, maybe drainage, or some sort of hydrology. The cut was later widened by the Romans to the 5-meter wide standard, so 2 Roman carriages could pass each other, and paved becoming one of the first Roman roads called Via Claudia. Incidentally, it was this road that much much later Charlemagne improved upon to connect Northern and Southern Europe. Amazing that this is running through Lorenzo’s property! 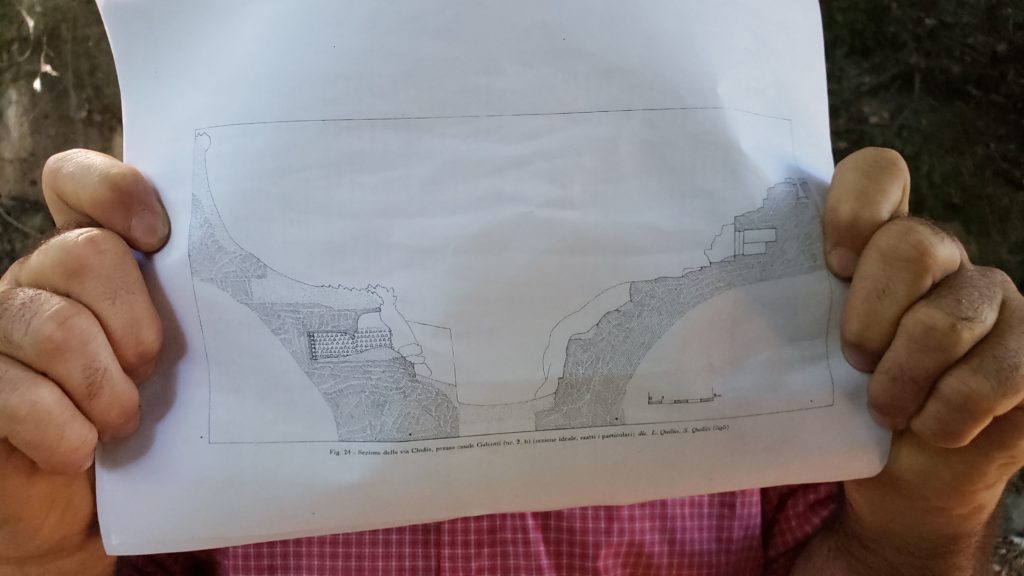 The part that Lorenzo and I really geek out on is a small tunnel emerging from the bedrock.  As Lorenzo explains this is an ancient Etruscan water generating device that still functions to this day. How does it work? 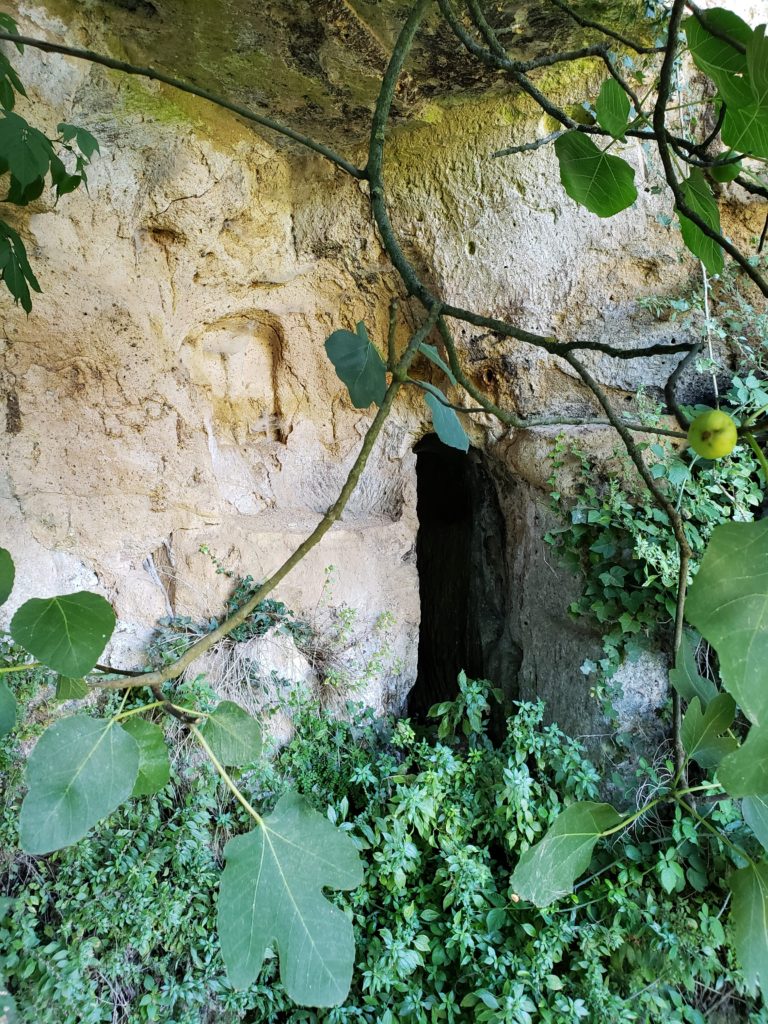 The bedrock is actually capable of absorbing water, and a fairly substantial amount. So as it rains on the topsoil, the water absorbs down into the bedrock. The Etruscans then dug a slightly graded horizontal tunnel much lower down through the bedrock. Water then seeps down through the bedrock and into the tunnel. The tunnel then acts as a pipe with water flowing out into a catchment at the end of the tunnel. 2700 years old and still functioning.

Lorenzo is inspired by how this ancient civilization created something so long ago that’s still functioning. How they made tombs that have lasted to this day. And even though they’re on his property he doesn’t feel ownership over them. They belong to humanity, and he wants to contribute as well. His farm runs off of renewables. He has a mix of livestock and farming to best utilize his land. As he talks about his olive trees, it’s clear that he really just lets them do what they want, harvests what makes sense, and then let’s the rest fall to the ground for his animals to eat and to regenerate the land. As he puts it, the olives either become extra virgin olive oil, bought out each year by top chefs in New York City; or into prosciutto.

We’re naive to think that because we made computers and spaceships that we’re technologically superior in every way over other civilizations. If we’re so damn smart, why is it that we’re destroying this planet with our technologically driven consumptive behavior. Getting a little inspired by an ancient civilization, that I’d never heard of, that developed basic water storage, purification, and delivery technology that still functions 2700 years later might not be the worse thing. Or we can continue on this path of iPhones with 2 year planned obsolescence or chemically cleaned water being consumed at a rate of 1 million bottles an hour. The words ‘too smart for our own good’ ring true.

For more on Lorenzo’s farm: https://www.casacaponetti.com/